With London 2012 at a close, there has been one out and out winner when it comes to social media – and that is the hashtag. Its constant usage with the general public, the athletes and even the mainstream media coverage has left it on top when it comes to talking to the world. But when it comes to business, are you left feeling like you’re in last place?

We’ve rounded up a post of everything you need to know about Twitter’s most powerful tool, and how best to put it to use to make sure your company gets a ‘gold’ in engagement. 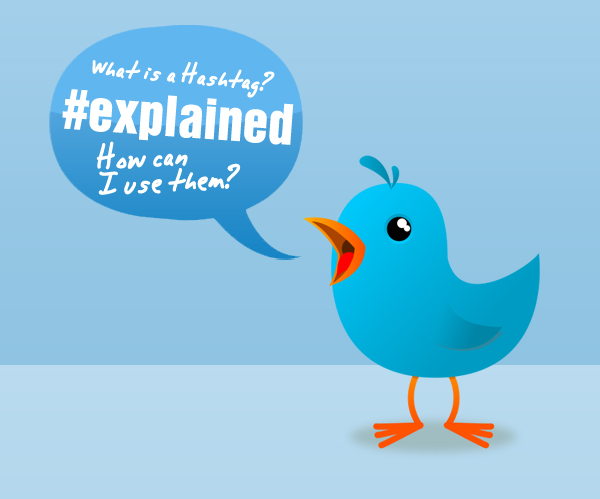 So What is a Hashtag?

A hashtag is a simple keyword or phrase used on Twitter, spelt without spaces with a ‘#’ sign in front of it, for example, #codastar #socialmedia #ilovecake

A hashtag ties conversations of different users into one easy to read stream, managed either by the main search bar on twitter, or through platforms such as Tweetdeck or Hootsuite.

This allows users who aren’t necessarily following one another to interact on a specific topic or hashtag, facilitating an otherwise ‘lost’ conversation. Popular hashtags can become ‘trending topics’ – usually formed from breaking news stories and celebrity culture/media.

How do you Create/Use a Hashtag?

Easily! You don’t need any special tools or tricks – you just need to know what you want to say. There are two main ways of creating hashtags:

Firstly, remember you only have 140 characters to use – with or without the hashtag. Secondly, it needs to be easy to use and remember. By keeping it brief you’ll save room for your accompanying message, and give users room to interact and respond.

If you want to use your own hashtag for a promotion or campaign, remember to check it and search first to see if it is already in use. There may already be a lot of conversation around your choice already – and some conversations could put you in the middle of a sticky social situation.

Pick something that isn’t frequently used, or better yet – something unique just for you. It not only looks more professional, but it also makes for a much easier job for tracking and analytics.

I recently spotted a well known food/drinks chain (of course, tweeting deals they had available that lunch time at their eaterie. They hash-tagged every food type mentioned in the deal – #chips #pasta #beef – you name it, they posted it. Chances are, Twitter users aren’t scouring the network for different food types. A quick suggestion of perhaps tweaking the hashtag to something searchable and meaningful, such as #lunchdeals .

#lunchdeals encompasses everything you’re trying to convey and easy to track down or spot as a tweet. Encompass your company name, or location, or use alliteration or anagrams. Add a bit of imagination (and sometimes, a bit of common sense) and your hashtag will take off.

Chances are there area already some well used hashtags in your industry out there, as well as from webinars, events and exhibitions. Get involved in existing conversations and keep an eye on followers with similar interests and their hashtags.

From a Local SEO point of view, local hashtags are a great way of networking (referred to as ‘tweet ups’)and getting what you have to say out there, and fantastic for filtering conversations to what is relevant. Speak to other local businesses and Chambers of Commerce, chances are it is happening right under your nose. If not – now is your chance to get started and become a local influencer!

Hashtags are only useful if people know about it. Like most things Social Media, its an organic process, and even the best of ideas can sometimes take a little while to take off.

Encourage users to incorporate your hashtag by speaking to your existing resources and other on/offline channels.

Display them on marketing materials or event promotions, publicise in e-letters or marketing literature. Add hashtags into power points, not forgetting a reminder on your other social networks and landing pages/website.