Many people in the online industries discuss the importance of social media, especially how setting up a Facebook page or writing on a blog can help companies connect and engage with customers and potential clients. But what happens if this positive, two-way online conversation turns negative and people leave offensive comments and remarks?

The truth is social media shouldn’t be something you’re scared of. Just like in the offline world there are people who are bound to be negative, there are just specific ways of dealing with them. 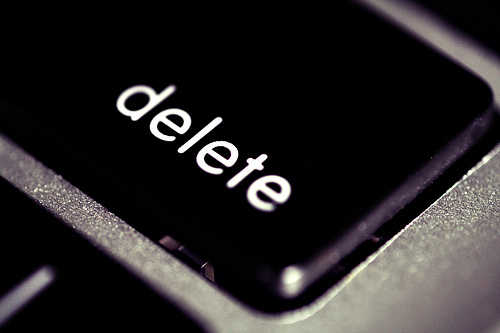 When you’re dealing with a Facebook page, the people who have “liked” your business, also known as your fans, can write comments on your wall, alongside your photos and in discussions.

If someone comments anywhere on your page you are notified that they have commented, but there isn’t a pre-approval system, it goes there regardless of if you want it there or not.

However, this freedom isn’t something that should worry you.

Although this option is available for every comment, it’s best not to delete comments that are just negative, only those that are offensive. In the same way as if someone had a problem with your company in real life you wouldn’t just ignore them if they came to your reception and told you their problem. Instead, you would ask them if they were alright and if you could help them out, which is a strategy you should also adopt when you’re talking to people online.

When you’re using Twitter you can’t get rid of what people say about your company as they’ve said it on their own Twitter stream and have just used an @ symbol to show they’re mentioning you.

If someone does say something that’s abusive or spam, it’s probably best to ignore it. There are a lot of “spam bots” on Twitter, which are basically accounts set up just to send promotional links around to different users and are often ignored by the Twitter community. Twitter is even trying to crack down on the amount of spam bots, but many still exist. If someone on Twitter has said something negative about your company, the solution would be the same as with Facebook, you can use the situation as a way to open up a conversation between you and the person with the problem to see if you can help.

In the same way as Google Places and other review sites work, people are going to leave comments and reviews which you can’t always delete. It’s good to see Twitter and Facebook in that way too. It’s perfectly acceptable to delete comments if they’re spam or offensive in any way, but if they’re just negative it’s best to leave them, as it’ll make your company look good for responding in the long run as apposed to just sweeping problems under the carpet. Instead, you should leave a comment underneath and get in touch with them directly to show that you care and want to resolve the issue. There will obviously be some people who are still unhappy no matter what your company says to them, but you could create a strong advocate from a complaint if you deal with it in the right way.